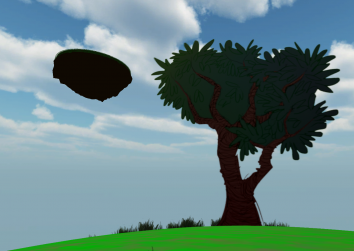 My first participation in Global Game Jam marks my second time working as in a team with the Unity engine. This time proved especially interesting since I got a chance to work with people roughly around my age that had experience and skills to work with. Until then, the majority of any group work had either been on school assignments for general studies or in teams with less than motivated or enthusiastic people.

Fortunately, in the end, I Am H was conceived and developed. It isn’t the prettiest thing in the world, but it tried come off like other abstract and less than action-y indie games: have a deep and philosophical meaning. That is, aside from that arduous mountain climbing which is simply punishing. Good things come to those who never give up though, I suppose. That applies towards game jams as well.

Even if there were some perfectionists in my game jam team, I’d say that it wasn’t the hardest part. If anything, their drive to get it right would propel them to do even more with even less time, so I’d say that worked out just fine. What was arguably the most difficult part of me was working with a multi-coder project in Unity.

Most of the team chose Dropbox as the method for source control. Furthermore, we would be using a master project that the game would be assembled in which everyone else would simply create assets for and plop in the box for the person charged with assembly to put together. It would have helped to have the lead programmer and I on the same level of understanding, but since that wasn’t the case. Everything I was going to do would be imported as a raw asset that would then be reassembled into a game object, so I tried to design things that would work alone and with as little configuration as possible.

While there was a team leader, we still managed to fail to get things communicated between “sub-teams” within the group. Programmers consisted of three people, of which one was myself. Artists were made up of the remaining six, which meant there were a lot of ideas bouncing around. While some may have considered this situation to have been a blessing, it was more of a curse in disguise since we had a lot more ideas of what was going to be implemented as opposed to what was actually being implemented and how.

Coming Up With the Idea #

This was probably the most frustrating one, albeit not the most difficult. We spent the first two days  without a vision of the game. All we really had in mind was a mechanic and island. Towards the end of the second day, we had come up with the idea and levels proper, but it was rather ambitious and daring, though I wouldn’t say that was a bad thing. We built a lot of assets during the last hours of the game jam, but I can’t help but think about what things I could have achieved late at night after the game jam campus had shut down at 11PM PT.

All in all though, I’d say that I definitely had a good time. I hope that I’ll have more to bring to the table next year. I’m sure some of the issues that I’ve listed above are natural in game jams, but we won’t get anywhere by not asking for any better of others and of ourselves, right?